Bereavement changes you. It’s cripplingly difficult but eventually gives you invaluable insight on how to talk with and support other people who have been bereaved. It was after many hours of conversations about grief and how people respond to you that Sophia & Helen of Inspired Goodbyes had a light bulb moment. Looking at a mantelpiece full of sympathy cards that all looked the same. Almost all of them had flowers and the words ‘with sympathy’. Why? They thought they could do better and so their mission began. 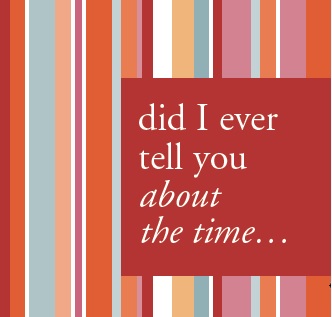 Inspired Goodbyes was created by Sophia Lucop-Leech and Helen Lawson. After experiencing their own bereavements they created a positive business making sympathy cards and gifts more personal.

My business partner and I’ve both experienced personal bereavement. Sophia’s husband died in 2013 and my brother died in 2000. Bereavement changes you. It’s cripplingly difficult but eventually gives you invaluable insight on how to talk with and support other people who have been bereaved. It was after many hours of conversations between us about grief and how people respond to you that we had a light bulb moment. We were looking at a mantelpiece full of sympathy cards that all looked the same. Almost all of them had flowers and the words ‘with sympathy’. Why? We thought we could do better.

Now we are women on a mission. A mission to make retailers recognise this major life event and give everyone more choice. In the aftermath of my brother’s death I remember feeling glad every time a bereavement card came through the door. Whether the giver of that card stopped for a cup of tea or whether they didn’t want to intrude, the fact that so many people were thinking of us made me feel a little bit better. It helped pass the time too, which goes so slowly after such awful news. If those cards had contained a memory or a story about my brother that I didn’t already know, I imagine they might have even brought a smile to our faces at a time when our hearts were broken.

www.inspiredgoodbyes.co.uk recently launched a new range of bereavement cards. Words like ‘With sympathy’ or ‘deepest condolences’ simply don’t mean enough anymore. Our innovative range of bereavement cards are designed to encourage the sender to share a memory from a happier time with words like ‘Let me tell you something about your lovely mum…’, ‘Did I ever tell you about the time…’ and ‘it’s not fair’ because it isn’t fair and sometimes it’s okay to say it. 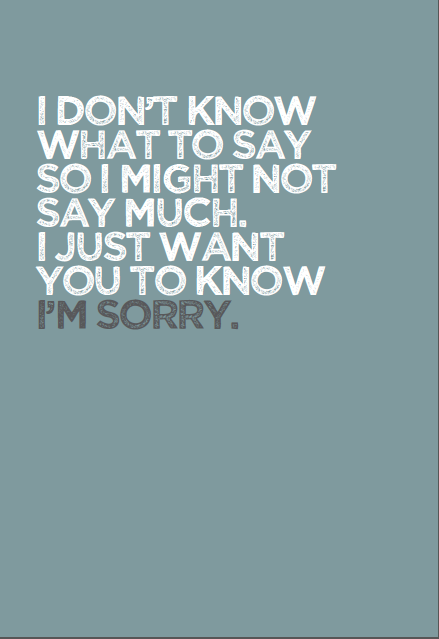 We are also working with two charities we really admire. The Child Funeral Charity helps families with low-income or on benefits with funeral costs should one of their children die. Dying Matters is an incredible charity that aims to raise public awareness of the importance of talking more openly about dying, death and bereavement. Both charities do excellent work and to support them we created a range of unique cards just for them and they receive 25p from every card sold.

The Child Funeral Charity cards are very sensitive. The words are simply, ‘we are just so sorry’, ‘there are no words’ and ‘it’s not fair’. They feature cute illustrations but are very simply designed. The Dying Matters cards are altogether different. Three of the cards include a promise that you will be there to support your friend through, perhaps giving people the words they can’t find at a difficult time. We have also written three cards for men to give their mates that say, ‘I don’t know what to say so I might not say much, I just want you to know I’m sorry’. We don’t know if these will work or if men send bereavement cards but we figured there was only one way to find out.

Our business is completely self-funded. We feel so strongly that its time retailers recognised bereavement that we have absolutely put our money where our mouth is. In February we are attending Spring Fair. This is Europe’s largest retail trade show and it’s where all the buyers from small independents and large retail outlets go. We are the first-ever dedicated bereavement retailer to exhibit there and we see this as our chance to change things. We will have display units of all our products with a sign on top that says, ‘This is what your bereavement section could look like’. We will be giving it everything we’ve got to make this work.

We understand that these cards won’t be for everyone. If you think a more traditional card works for a particular family or friend then that’s okay. We just want to give people choice. My memory of receiving cards at a difficult time is a good one because warm words work wonders when you’re hurting. With the new Inspired Goodbyes range, bereavement cards just got personal and there’s not a ‘with sympathy’ in sight. Hopefully you’ll be able to find one on your high street soon.