This week features one of Death & the Maiden’s favourite shops. Samantha Lyn owner of Funereal Ephemera collects postmortem photographs, memorial cards, funeral photographs and cemetery photographs. They’re forgotten, only to be revealed generations later, to modern eyes with a modern sense of death and mourning. A piece of history lost and found again. Samantha sees those in her collection as people, feeling once she’s had a piece for a period of time like she has known the person. Almost becoming their family and their caretaker. 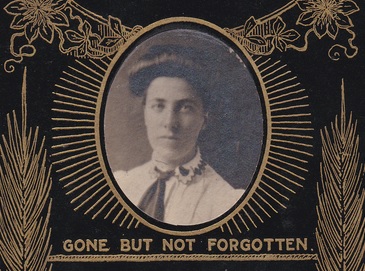 Samantha Lynn collects funereal antiques (and anything strange) and sells vintage photography on her shop Funereal Ephemera. She shares her home with a parakeet named Lola and a taxidermy fox named Tod, and can’t seem to get anything done before 2 in the morning.

The desire to capture images of the recently deceased is as old as photography itself, with examples of postmortem photography dating back into 1800’s. The practice flourished in the Victorian era, and continued into the 1920’s and 30’s. It began slowly dying out as atittudes toward death and mourning evolved.

There are many modern misconceptions about postmortem photography, but in most cases, the subject of the photograph simply looks DEAD. While unsettling to our 21st century eyes, most postmortem photographs were taken with the utmost love and respect. Subjects were shown laying in caskets, or on pillows, among other simple poses.

Modern mourning seems to be done as quickly as possible, but it hasn’t always been so. In Victorian times, mourning was a series of rituals that dictated clothing and behaviors, the length of which was determined by the relation to the deceased.  While we may be familiar with the sharing of prayer cards at funerals, the cards of Victorian times were far more elaborate – Often featuring a photograph of the deceased with flowers, prayers or poems. 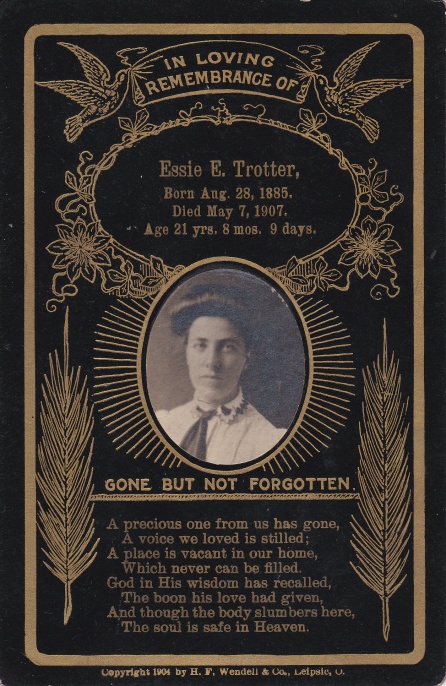 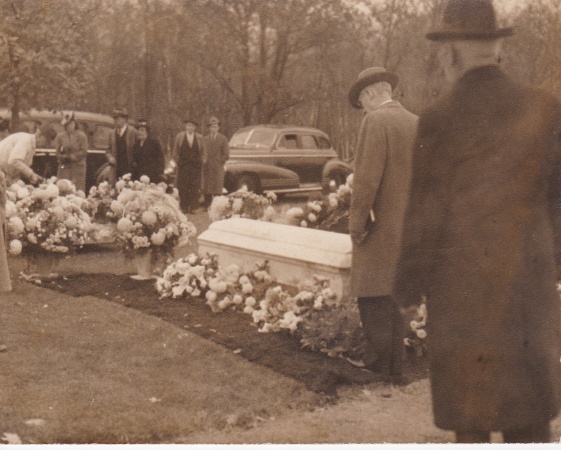 But as time goes by, photographs are lost. They’re tossed aside, in boxes, in attics and basements. They’re forgotten, only to revealed generations later, to modern eyes with a modern sense of death and mourning. Modern eyes see death as something to be avoided at all costs. Death is not to be discussed. The photographs are of no use to most of this generation.

I collect postmortem photography. There’s something eerily beautiful in body captured after death. You can almost hear the silence. You can feel the stillness and the sadness.

The first postmortem photograph that I purchased was an infant in a casket. I still treasure this photograph – It was printed in the 1920’s, on a postcard, as was common for the time. There’s no name written, and no date. I’m not even sure if the baby is a boy or a girl. 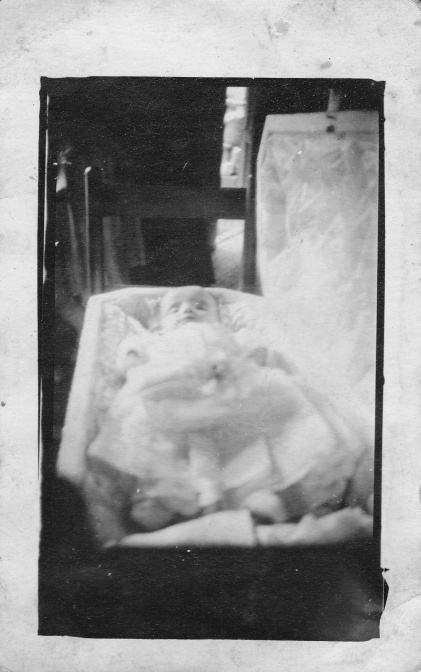 I find this the case for many postmortem photographs. They bear no name, no date. Someone loved these people enough to hold funerals and take photographs for remembrance… But somewhere in time, the photographs were separated from their families. They’ve become lost souls.

I collected, and continue to collect, postmortem photographs, memorial cards, funeral photographs and cemetery photographs. I feel as if I’m giving a home to a wanderer. A piece of history was lost and is found again. I see those in my collection as people, and once I’ve had a piece for a period of time, I feel as if I’ve known the person. I become their family and their caretaker.

I treat them with the respect intended.