Death & the Maiden’s co-founder Lucy Talbot sees Harold & Maude as the ultimate death positive film. Originally released in 1971, the film was a box office flop. Only in the 1980s did it begin to profit and build a cult following. The lessons that Countess Mathilda Chardin has for young Harold Chasen will change his life forever. Learning to enjoy the little things, embrace the circle of life and live each day to the fullest. That’s the art of Maudism.

Reflecting on last year’s Ideal Death Show. I realise the whole event had a particular theme for me, flowers. That morning, before leaving my hotel room, I pinned a large sunflower clip to my hair. I was giving a talk on my favourite film, Harold and Maude and wanted to promote it [to quote Maude] ‘in my small, individual way’ (page 59). Originally released in 1971, the film was a box office flop. Only in the 1980s did it begin to profit and build a cult following. I think Harold and Maude is the ultimate ‘death positive’ film. The Urban Dictionary coined the term ‘Maudism’ in 2006, describing it as ‘the “new age” philosophy of “living each day to the fullest.” To me, Maudism is about understanding that death is a natural part of life. Embracing our own mortality allows us a richer, more fulfilled existence. 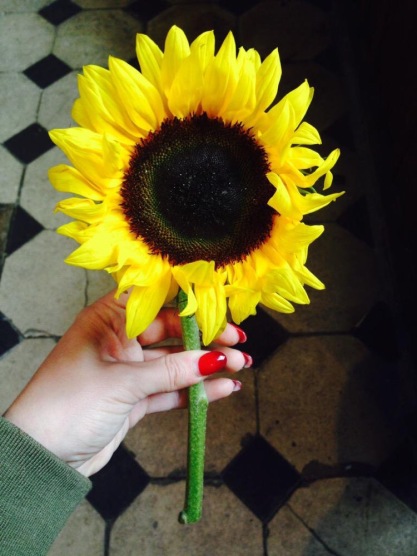 That evening I attended the Good Funeral Awards, a wonderful event that each year celebrates excellence in the funeral industry. I had the honour of presenting ‘The Blossom d’Amour Award for Funeral Floristry’ and sat before dinner thinking about my experiences of flowers at funerals. I recalled a comment I once over heard outside a crematorium. The floral tributes had been laid out for attendees to pass after the service. I heard a woman quietly remark that she never understood flowers at funerals because flowers die. This really captured for me our cultural tendency to seek permanence and deny death as part of what it means to be human, seeing death as something alien or abnormal instead of life’s only real certainty. It was only after presenting the award to Cassandra that the world of funeral floristry opened up to me and I was amazed. The way flowers can be used to create such incredible pieces, so personal and symbolic, re-enforces for me that nothing could be a brighter, bolder, more beautiful symbol of human life than a flower.

Harold (aged 19) and Maude (aged 79) meet at a funeral. Both enjoy attending them regularly but for different reasons. Harold has what his mother describes as a ‘Mortuary Pre-occupation’ (page 11). When he isn’t attending funerals, Harold is watching demolitions at the scrap yard, staging suicides or tinkering with his hearse. Maude happily comes along to experience some of Harold’s activities but soon decides to show him some of her favourite hobbies. 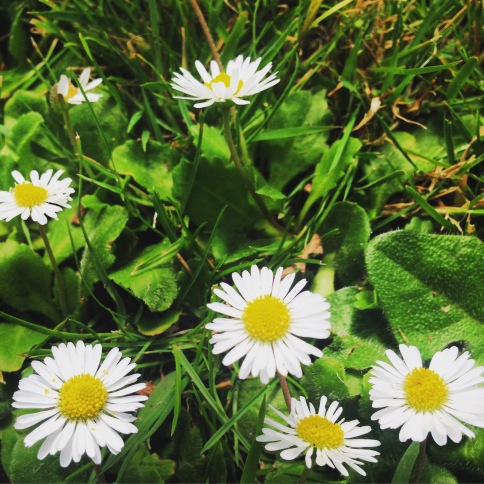 Maude takes Harold to a plant nursery and explains to him why she enjoys being around flowers. “They grow and bloom, and fade, and die and change into something else” (page 51). Maude sees us our lives in the same way. Everything is part of everything – the natural order of life. She tells Harold she would like to change into a sunflower most of all and asks him which flower he would like to be. Harold says a daisy and when Maude asks why he says it is because they are all the same. Maude explains to Harold why that is not true “‘it’s just like this daisy. Each person is different, never existed before, never existed again… She picked it ‘an individual’” (page 52). In the Hal Ashby’s film this message is projected in a powerful scene whereby the camera pans out to show Harold and Maude sat in a vast daisy field, fading to reveal thousands of white war graves. Later Harold presents Maude with a daisy on her birthday, “‘from me to you,’ he said. ‘An individual, remember.’” (page 126) 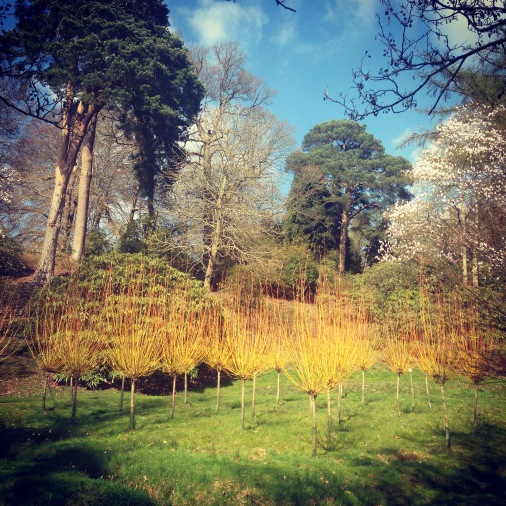 Maude recruits Harold to save a dying tree from the city smog. Surrounded by the hustle and bustle of urban life is a dried up neglected tree in need of their help. Managing to escape a police-officer Harold and Maude plant the tree in beautiful woodland. “I like the feel of soil, don’t you?” Maude remarks (page 68). When it is time to leave she says goodbye. “Well, farewell, little tree. Grow up tall, and change, and fall to replenish the earth” (page 68). Again a reference to the circle of life she is joyously part of.

In the book we learn that as well as attending funerals, Maude likes to visit maternity wards and see all the new born babies. She embraces both birth and death as facts of life. Maude decides to end her own life on her eightieth birthday, something she has been planning for a long time. Oblivious to this Harold decorates her house with hundreds of sunflowers with the intention of asking Maude to marry him. When he hands Maude the daisy this is symbolic of his intention to be with her forever. The irony of course being that even if Maude weren’t to die that night she is in the last years of her life.

“But Harold, we begin to die as soon as we are born. What is so strange about death? It’s no surprise. It’s part of life. It’s change” (page 128) 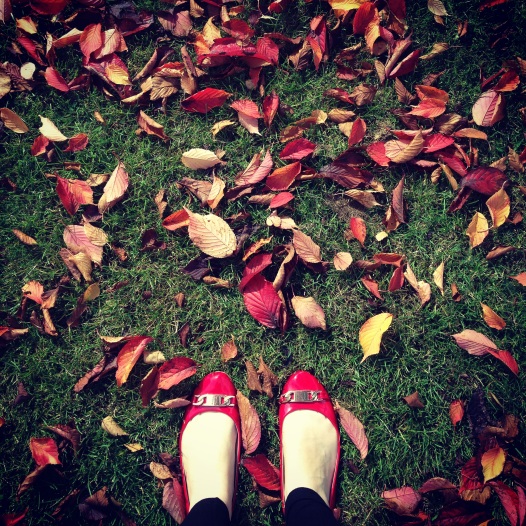 Devastated Harold begs Maude to hang on and not leave him. As she lies in the ambulance clutching her daisy she tells Harold to not be so upset, saying that all the fuss is unnecessary. When Harold protests saying that he is in love with her, Maude smiles “Oh Harold, that’s wonderful – Go – and love some more” (page 129). Maude comes into Harold’s life to teach him that he does not need to fear death, but instead embrace is mortality through exploring the world and enjoying new experiences. Maude’s birthday party becomes her wake. Harold says goodbye to Maude in his own way, driving his hearse off a cliff top in one last staged suicide. He then skips off across the hillside playing the banjo Maude had given him, equipped with a fresh approach to life and death.

All the images in this post are photographs taken by Lucy & all quotations from Harold & Maude by Colin Higgins (Chicago Review Press, 2015)

This was originally written for Stems UK and posted May 2015