In some places, the ability to sing or recite ritual laments became part of a feminine portfolio of skills, along with cooking, spinning, mending and cleaning. Here, author Sarah Murray shares an adaptation from her wonderful book Making an Exit: From the Magnificent to the Macabre, How We Dignify the Dead to give us insight into this mourning practice. 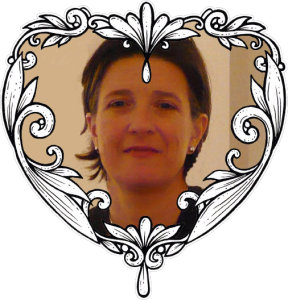 Sarah is a writer on business and society and a non-fiction author. A long-time Financial Times and Economist Group contributor, her work has also appeared in publications including The New York Times, The Wall Street Journal, Forbes, The Independent, Asia Literary Review and the South China Morning Post.

Sarah is the author of two books, “Making an Exit: From the Magnificent to the Macabre, How We Dignify the Dead,” and “Moveable Feasts: From Ancient Rome to the 21st Century, the Incredible Journeys of the Food We Eat.”

In 2009, Sarah was awarded a fellowship at Yaddo, the leading American artists’ colony. Making an Exit is the 2012 winner of the Good Funeral Awards Book of the Year and was nominated for The Quality Paperback Book Club’s 2012 New Visions award for nonfiction. In 2014, Sarah was awarded a Boehm Media Fellowship.

Tearing at their hair and ripping their clothing, mourners in Hellenistic Greece choreographed their movements to follow the melodies played on a reed pipe. They sang weeping songs and recited elaborate poems. It was a form of mourning once practiced in countries as diverse as Ireland, Greece, Russia and China. Words and music gave expression to the inexpressible. As Steven Feld, the anthropologist and musician, puts it, “tears become ideas”. And often, women were at the heart of the ceremonies.

The trick was balancing powerful emotion with ritualised control; standardised formats with improvised content. Stylisation gave room for emotion, but set boundaries for the mourners, preventing unfettered anguish from being let loose. It was a form of grief that was formulaic yet skilful in its improvisations. At times, it was extremely beautiful.

In some places, the ability to sing or recite ritual laments was part of a feminine portfolio of skills, along with cooking, spinning, mending and cleaning. In her book Death and Memory in Russia, Catherine Merridale explains how young Russian girls once acquired their proficiency in lamenting. “Children played funerals as readily as they played house, and little girls assisted the old women in the laying out of corpses,” she writes. “Girls were also made to learn and practise the improvisation of laments.”

In Ireland, too, women took on the task of public grieving. Their keening – improvised poems and songs – could have a dramatic effect. One nineteenth-century account describes “the deep, yet suppressed sobs of the nearer relatives, and the stormy, uncontrollable cry of the widow or bereaved husband when allusion is made to the domestic virtues of the deceased”. You might call it therapy through elegy.

Keens turned ordinary men into heroes. Arthur O’Leary, who died in 1773, was one such man – shot by a hired gun on behalf of a landowner to whom O’Leary had refused to sell his chestnut mare for five pounds, a price stipulated by a provision contained in a series of statutes known as the Penal Laws. Deeply moved by his death, his widow composed a famous keen that is now considered one of the great works of Irish literature.

The Lament for Art O’Leary uses stock metaphors – the tools of the keener’s trade – to establish a framework for the poignancy of the tale, creating something epic from what seems to have been an unglamorous death sparked by a quarrel over money. One stanza describes the terrible moment when Eileen O’Connell finds out about her husband’s death – through the return of his riderless horse:

My friend you were forever!

I knew nothing of your murder

Till your horse came to the stable

With the reins beneath her trailing,

And your heart’s blood on her shoulders

Where you used to sit and stand.

Russian laments had a similar quality, expounding the heroic deeds of the deceased and emphasising the suffering of those left behind. “Certain words would always recur,” writes Merridale. “Grief was always bitter, for instance, a dead son was always brave and handsome, and widows were always destined for inconsolable solitude and hard work.”

And, it was not only the relatives who conducted ritual laments at funerals. When researching his book The Death Rituals of Greece in 1979, Loring Danforth found that groups of women – themselves bereaved but not close relatives – were usually present to sing laments at funerals, giving mothers, wives and daughters a chance to do the real, unscripted sobbing. Breaks after each verse allowed those with the most intense anguish to cry out messages to the person they’d just lost.

Traditional laments reinforce the pathos of death. But their archetypal patterns and familiar sounds also tell us that death is part of the rhythm of life – both ordinary and extraordinary. And by using art and artistry to transform death into a thing of beauty, they help turn the dull ache of loss into something more meaningful and, perhaps, ultimately acceptable. 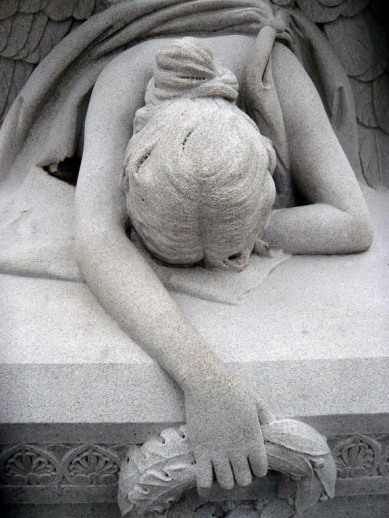 Adapted from Making an Exit: From the Magnificent to the Macabre, How We Dignify the Dead