We live in a culture that rejects scent the same way that it denies the reality of death. Nuri McBride is here to explain that perfume is olfactive art, like visual arts and music it has the power to move, soothe and inspire people. Nuri is creator of ‘Scent the Scene’ an exercise in perfumery, meditation and death positivity with the help of visual art. It’s something we can all do for a few minutes a week to help cultivate your sense of smell and a healthy relationship with death. 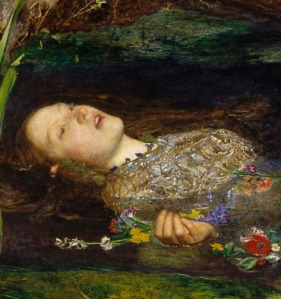 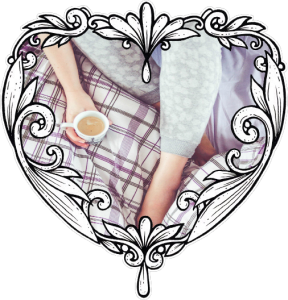 Beyond her calling as a Metaheret, Nuri is in the last year of her J.D, works in the non-profit sector, is an avid niche perfume collector and olfaction nerd, and blogs about the intersection of death customs and scent over at Death, Scent, & The Live Girl 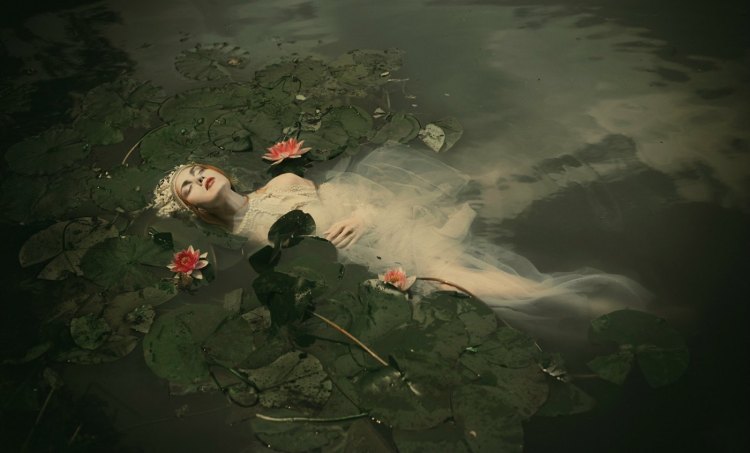 So if you are familiar with my Twitter, Instagram, or Facebook just about every Sunday (sometimes I’m lazy), I have a Scent the Scene post. What is Scent the Scene, you ask? Well, it’s an exercise in perfumery and meditation into death positivity with the help of visual art. It’s something you can do for a few minutes a week to help cultivate your sense of smell and a healthy relationship with death.

Why would we want to do that Nuri?  Well, I’m of the opinion that perfume isn’t just a consumable commodity but a cultural one, and part of our shared heritage. Perfume is olfactive art, like visual arts and music it has the power to move, soothe and inspire people. In fact, because of olfaction’s connection to the limbic system, a smell can trigger emotions and memory better than any other sense. We’ve all experienced it; a whiff of baby powder that reminds you of when your children were just born. The excitement and possibilities you feel when you smell a new box of pencils like it is the first day of school. The sudden pang of longing when you catch a trace of your late grandmother’s signature perfume in a crowd of people. That is why scent has been so important in rituals throughout history. Light, sound, paintings, and sculptures can move you, but add the right scent to the episode and the heightened emotional state makes it magical.

Our olfactive sense is greatly underappreciated and underdeveloped. Helen Keller described olfaction as, “the fallen angle of the senses“, and she was right. For a whole lot of reasons [that we will get to in a later post] olfaction and therefore the olfactive arts have been getting the short end of the stick for the last 500 years in most Western culture (with the exception of France).  The very act of smelling something was considered animalistic and base. From the Englightment onward it was seen as either improving one’s morality, or the evolutionary perfection of humanity, to reject olfaction. Freud was famous for assuming that only children and child-like “savages” had a preoccupation with smells. Therefore, it was a sign of emotional stunting for an adult to respond too strongly to any scent. Then again, Freud was a cocaine addict that developed anosmia (loss of olfactive ability) due to his habit, so what did he know.

We live in a culture that rejects scent the same way that it denies the reality of death. Western culture loves an over-showered, white-musk detergent anosmic world because there is a cultural fear that olfaction is animalistic, sexual, uncivilised. When we deny scent however and live a hermetically sealed existence, we lose out on the putrid and the divine. 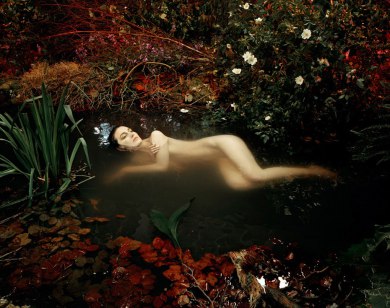 The Nose of Attrition

There is an attrition of the nose in the West today. Recent studies done at the Smell & Taste Treatment & Research Foundation indicate that by 30 many Westerns living in suburban environs will experience a marked reduction in their ability to discern scents and therefore taste. Part of this may be normal ageing and olfactive ailments, but as a smell physiologist once explained to me, “it’s like developing a colour blindnesses due to lack of use.”

Just as we reject scent, we deny death. In the West, the sick, disable, and elderly are pushed out of the discourse and unseen. People don’t want to see the dead and dying because the fantasy of eternal teenagehood shatters in the face of the reality of our existence. However, I’m a Death Positive person and a follower of the English Sensualist school of philosophy. I don’t want to bum you out with your wonky nose and impending doom. I want to celebrate, as Debre Ollivier called it, “the brevity of time and the immediacy of pleasure”.

So as a reminder of the brevity of time and the immediacy of pleasure I sit down at my desk once a week. Pull out all my bottle and jars of smellies and a find a piece of art depicting an aspect of death. I then compose a scent inspired by that scene. It is part practising accord building and part meditation. While I urge amateur perfumers to give it a try as a fun exercise in perfumery, you don’t need to have a fragrance organ with hundreds of bottles or any idea how to make perfume to improve your nose. When you have a few quiet minutes get a notepad, a pen, and rummage in your perfume collection or spice rack then follow these three steps. 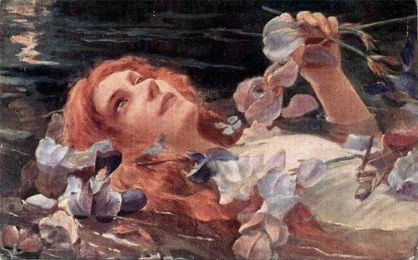 Step 1: Smell With Your Mind

Let’s take a look at this modern photo inspired by  Sir John Everett Millais’ Ophelia. The majority of scent training is really about brain training. So start first by thinking about olfaction. 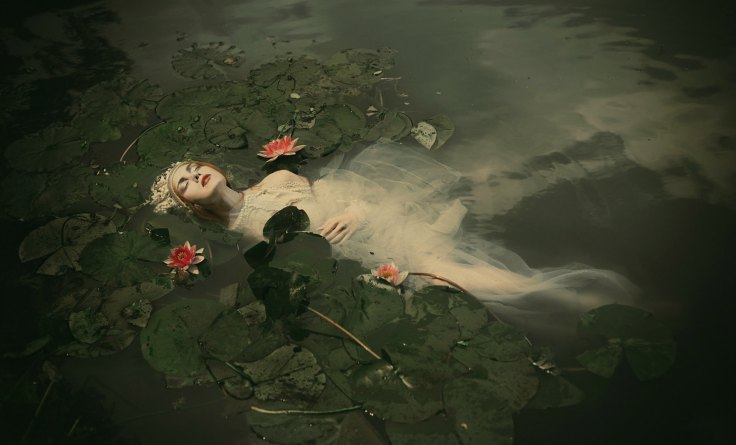 Take a moment, close your eyes and take a big breath in, exhale and then look at the photo. What do you see? Where is your eye drawn? Think of the colours, the composition, what does it make you feel? Take a moment and focus on the photo.

Then list some scents that come to mind. Think about the scent in your brain, breath in and out like you smell them right under your nose. Can you get a sort of ghost of those smells in your nose?  If not, no worries just keep continuously thinking of your scent. There are distinct odours that come to mind looking at this image: river water, aquatic plants, lotus, but also reflect on the smell of abstract concepts and emotions. What does light, organza, or floating smell like to you? How about sadness, loss, or depression, what are their smells?

It’s ok if you don’t have a fragrance in mind. There is no official smell of sadness, but write it down and take a moment to think about it. Circle any concepts you couldn’t think of a scent to go with; we will come back to them.

Step 2: Smell With Your Nose

So now that you have warmed up our minds to thinking about smells,  it’s time to engage our noses. Start by smelling your impromptu scent collection with your eyes closed.  This is a great gauge of just how developed your pallet is. Can you tell cinnamons from nutmeg, basil from tarragon, coffee from vinegar?  Write down any scent you couldn’t identify from smell alone.  Come back to them next week and see if you’ve improved.

Now that you are familiar with your tools, smell them again while looking at Ophelia. Do any fit, are any bringing up emotions? Maybe you have an aquatic perfume like Freshwater Cucumber,Aqva Divina, Rain, or Into the Blue, smell that will be a lily from the garden is that giving you the aquatic floral you wanted? What about adding some basil?

Play here, experiment. If you feel your nose getting overloaded take a moment and smell the crook of your elbow (provided you are not wearing perfume). Coffee is an excellent scent reference, but it does nothing to clean the pallet.

If you are thinking of a smell you don’t have put it on a separate list and try to seek it out this week, like a scented scavenger hunt. Maybe take the dog for a walk down by the old brook looking for that aquatic note in the air or rub some grass between your palms and see if that is the green note you were looking. The world is a smorgasbord of odours. When you seek them out with intention you strength the connections between your brain and your nose. All while building a scent reference in your head that will grow larger the more you practice.

Step 3: Smell With Your Heart

Now before you run off on your fun scent adventure, go back to the concepts you circled and looked at the photo again. The third step is a bit more meditative. We want to connect with the notion of death in a way we don’t usually, a tactile or olfactory way. We want to cultivate intention and mindfulness of mortality. The idea is to attach odours to our emotions on our journey to death acceptance. Meditate on the concepts you have had difficulty with scenting. Look at the picture and smell some of the scents you now associate with it. What is that association? How does it make you feel? Allow yourself for a few minutes to let your olfactive senses and the limbic brain lead the conversation.

I’ll admit this one was hard for me. I thought lovely Ophelia would be a slam dunk, but something is off. Right now I’m sniffing an aquatic fern and musk with a touch of lotus and tonka for fair skin. It’s lovely; it smells like the picture looks, yet I can’t help but feel like something is missing.

Ophelia is never painted or shot like a person that has drowned or is about to kill herself. In this photo, she is serene and at peace. My eyes never picked it up before, but as I compose the scent what’s missing is the rot, the bloat, the desperate sadness. The actually heartache of death. It’s not there. After looking at every Ophelia I could find on google images I’m starting to see that this isn’t a picture of stylised death, it’s objectified death.

The point isn’t to compose Ophelia’s pain and loss; it’s to present an ethereal female form, serene, angelic, motionless, and complacent. She might as well be Sleeping Beauty. The point of the composition isn’t her suicide it’s her physican allure. That leads me to emotions about the female form and displays of death, but that is another story for another time.

When I’m done, I like to tuck my blotters and notes in an envelope so I can go back and smell it again or reference the notes that alluded me from last week. With my envelope tucked away, I’m ready and refreshed to go about my merry way with a bit sharper nose and with a bit more mindfulness on death and the importance of life.

That is what I see and smell, what about you?

Do you have a whole other set of references?

Share your experience trying out mindful scent mediation in the comments.

Don’t forget Nuri posts a new piece of art for Meditation every Sunday.

Make sure to subscribe to get Death, Scent, & The Live Girl in your mailbox. 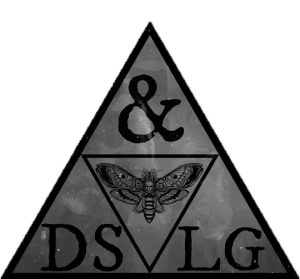