Death & the Maiden co-founder, Sarah Chavez, talks to artist AJ Hawkins about her recent series, The Reclamation, which beautifully examines the decomposition of human bodies and the nutrient cycle through art. 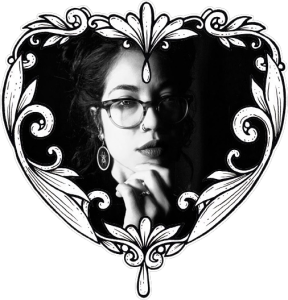 Sarah: Could you tell me about your current work, The Reclamation  and what led you to creating it?

AJ: The Reclamation is my art series about the decomposition of human bodies and the nutrient cycle. Each piece represents a phase of decomposition, from death to dust, and ways nature reclaims our bodies to foster life. For most, this topic is unsettling and uncomfortable, so I am using science to shed light on the importance and complexity of decomposition, and a creative lens to help beautify the subject and engage viewers who might otherwise look away. By highlighting how life is facilitated by death, I’m hoping we can learn that what we see as an end is actually teeming with potential.

This project was born of my own existential crisis. Until my late teens, I was ardently religious. Though I felt certain of my place in Heaven, I was absolutely terrified of death. I remember being afraid to walk near graves in cemeteries; I remember being afraid to walk across my mother’s cowskin rug. In religious circles, people overlook death, saying what really matters is what comes after. When I very intentionally abandoned religion in my early twenties, I also abandoned my “After.” All of a sudden, death mattered – it was no longer a door, but a destination.

I knew nothing about death but its inevitability – the neurotic part of me worried I would be bad at it. I started to spend all of my free time obsessively studying death, decomposition and the nutrient cycle. I found it to be both elegant and gruesome, complex and beautifully orchestrated – it was a different kind of After, and one that I could be certain of, no matter the state of my spiritual beliefs.

Sarah:What effect has the study of decay and decomposition had on you? Was there anything that took you by surprise or was an unexpected side effect during the process of creating The Reclamation?
AJ: Primarily, the research and project have provided me comfort. While I’m unsure it’s possible to be fully comfortable with mortality, we’re at least on speaking terms. Now I take my walks through our town’s historic cemetery, and nod a “hello” to the people buried there as I go by.

Some of that comfort comes from pulling off the shroud, (pardon the pun), and being more educated about death, some comes from the normalization that occurs when you spend a lot of time with something. Art making, for me, is a kind of meditation and forced closeness. Working on these pieces, I not only have to think about putrefaction, for example, but look at images of it, study its colors and textures, learn about its chemistry, and how that affects its appearance… then spend dozens of hours recreating it in painstaking detail. Once I’ve spent so much time with it and broken it down to its mechanical parts, it’s suddenly not so scary.

While researching for The Reclamation, I also found the death positive community. I was so grateful to find there was a whole group of interesting, educated, thoughtful, and creative people, (hey, that’s you!) working through these same questions alongside me. I have been educated, inspired and comforted by so many of you. The death positive message has provided a narrative backbone and purposefulness to my artmaking that I’ve been seeking for a long time.
Sarah: I know you are working with a team to bring this project to fruition – I’m wondering if their views on death or their own mortality have changed through the process?
AJ: I’m not sure I can say how much their views have changed regarding mortality, but I think we’ve all become more informed. I was fortunate that the project attracted a very death-savvy group of models. Each came to the project with an established interest in death, whether that was from the earthy perspective of Sally Mann’s body farm series, a spiritual perspective that values integration with nature, the creative perspective of artists, or even their own near death experience.
Sarah: Can you tell me a bit more about your research into the science of decomposition?
AJ: My main goals were to understand 1) what the basic process of decomposition is like, 2) what that process looks like and 3) why it looks like that (basically, how does it work?). Most of my source information came from articles written by forensic scientists and doctors. I referred to documentaries about Body Farm facilities, medical examiners, people who retrieve bodies from crime scenes, crime scene cleanup crews, and more. I studied so many autopsy images. I also looked to specialists in forensic entomology, and even mycology. 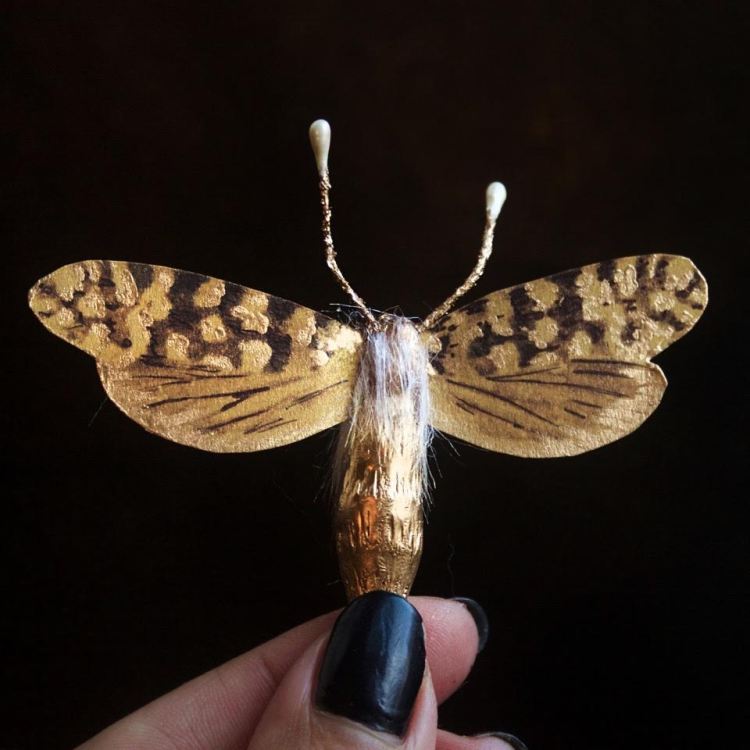 Sarah: What do you find beautiful about decay and decomposition, particularly that of the human corpse

AJ: I love that in decomposition, every creature has its place in the process and a unique role to serve. For example, there is a type of moth, Ceratophaga vastella, which has adapted to feed exclusively on keratin – it consumes the horns and hooves of dead animals. It’s cousins in the family Tineidae eat the hair/fur of decomposing bodies. Another example is mushrooms; where a decomposing corpse leaves an area of plant death from pouring high concentrations of nutrients into the soil, (known as a cadaver decomposition island), mushrooms thrive and rebalance the soil, making it ready for other plants to flourish.

Specific to human decomposition, I think I’m most compelled by the opportunity to give back to the earth. I’m a big Noah and The Whale fan; one of their songs begins, “As our rotting bodies pay back the earth its love…” In life, our relationship with nature is largely one of taking – by decomposing, my death and my body can be a sort of thank-you gift. To me, it’s beautiful that my body will diffuse into the earth and could have an After as wildflower or forest… I was never much good with a harp anyways. 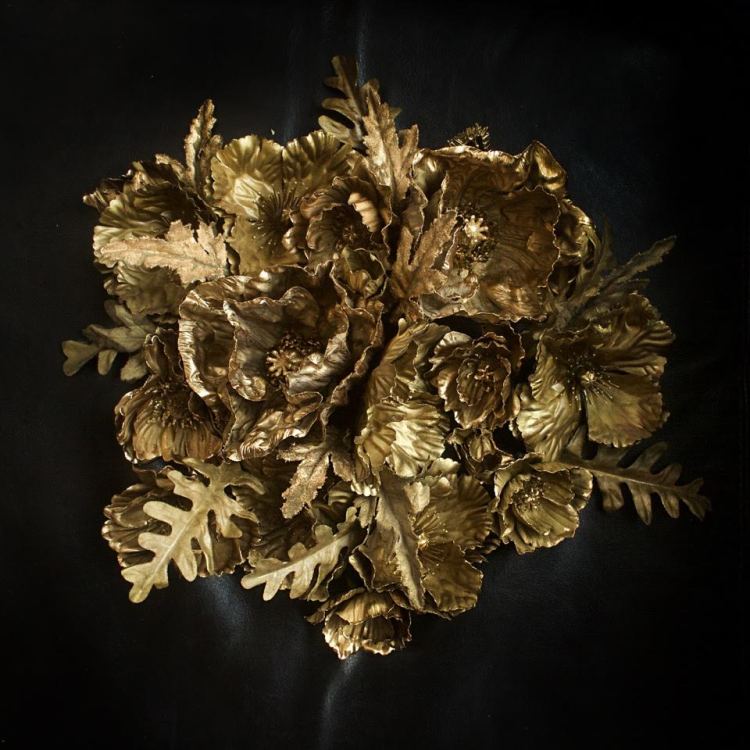 Sarah: What do you want to done with your body when you die?

AJ: My specific plans are pending my husband’s decision about his own body. (I’m finding that marriage is making me unexpectedly sentimental. My husband recently found me blubbering about whether I should be buried with my wedding ring. Since it felt wasteful burying it, I compromised by having a ring tattooed instead – that way, I’ll carry a mark of my marriage for at least as long as I have fingers). In general, I believe it is unethical to remove my body, and its nutritional value, from the ecosystem, so my wish is to be recycled in the most widely beneficial way possible. I’m an enthusiastic organ donor and would ideally give some of my body to someone who needs it. After that, I’d like to return to the earth, either through recomposition or a natural burial. If it’s appropriate, maybe my family can plant some daisies nearby… I’ve always liked daisies.

3 thoughts on “Beauty in Decomposition: An Interview With Artist AJ Hawkins”