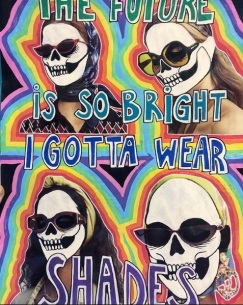 Art is not about pretty things, it’s about who we are, what happened to us and how our lives are affected. 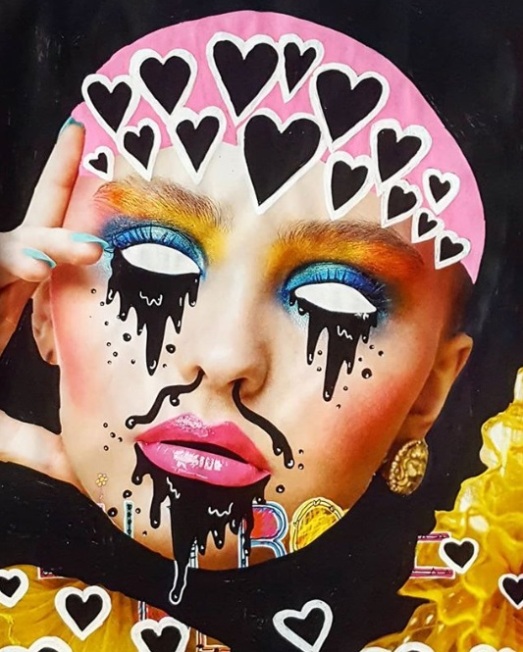 Art has always been part of my life.

When I was a child, the idea of a great day out for me and my mum would be to go and spend the day at the contemporary art museum followed by a meal at the museum’s cafeteria.

These are some of the best memories I have from my childhood.

Years later, I enrolled in University and actually started creating art myself – experimenting at times with macabre themes, a dark sense of humour and participating in several art shows.

After working as a commercial artist for a few years (I worked as a colourist for advertising storyboards and comic books as well as a stint in animation, plus editorial illustration), I found myself having to find “a real job”.

For a long time I didn’t do much creative work (except for writing and photography) as I was stuck with work to pay the bills and focusing on writing a blog at the time – my only creative outlet. This was important for a while, as it gave me a new set of skills but somehow it just wasn’t enough.

Then, 3 years ago, everything changed: I got diagnosed with breast cancer.

Luckily, it was found very early and I had my surgery without major complications and fingers crossed, I’m on my way into remission.

Why is this relevant?

Because while I was home recovering from treatments, I started to draw again. I have always had the habit of creating scrapbooks and this time, I started drawing on them – collage plus something more. So there it was, after so many years, I had found a voice and was reminded of what was truly important to me.

I started by drawing skulls over the models’ faces (I had a lot of material from fashion magazines) and to me it was a way of talking about the transience of beauty and how it doesn’t really matter in the end – we’re all going to die anyway, pretty or not!

While this might seem like a negative message, it isn’t. It’s a reminder to live in the moment and to take joy in what you have. It was also a way of talking about the transience of life and my own anxieties over my future – am I going to be ill again? Who knows… but at least if I do, I’m not wasting time anymore. Art can be therapeutic and it has certainly been so for me, as this helped me confront my own mortality and turn it into a positive and creative outlet.

Recently, I was watching the Santa Muerte episode of “Dark Tourist” on Netflix. David Farrier talks to Doña Queta, a lady who helped transform the cult of Santa Muerte from an occult practice into the fastest growing new religion. She says:

The most beautiful way to live is without fear, live happily because when you die there will be no more time for living. And I have cancer. I’m happy and I love my cancer because it taught me how to live life. 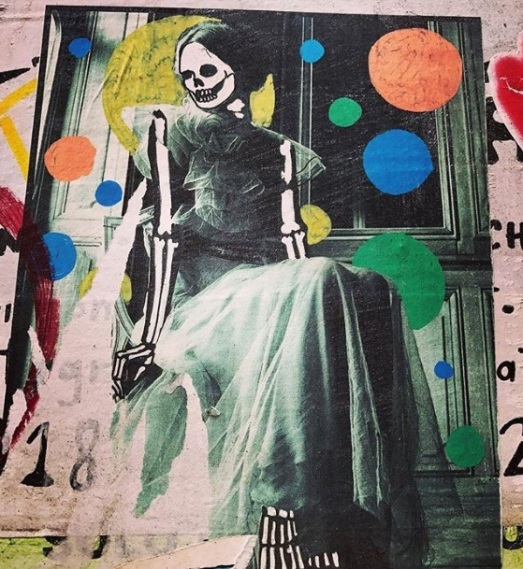 These words resonated with me as it is very close to my own personal experience. After all, getting diagnosed was the kick in the butt that I needed to start creating again – and wasting no more time. I have been told that my art is dark and creepy and it does bother some people – sometimes for the skulls, other times for the sexually implicit (and sometimes explicit) themes. To this, I would like to say that it’s the complete opposite.

The work I do is extremely joyful and meant to push boundaries – of taste, of gender roles and the way that we talk about death in our culture.

The connection between sex and death is not an invention of mine – the duality Eros (life instinct) and Thanatos (death drive) exists in all of us and has been explored many a time by others before me – including being crystalised into psychological theory by Sigmund Freud. It sums up humanity’s existential dilemma and gives us all plenty of food for thought, and the reason why I explore it in my artwork.

“The connection between sex and death is not an invention of mine – the duality Eros (life instinct) and Thanatos (death drive) exists in all of us and has been explored many a time by others before me.” 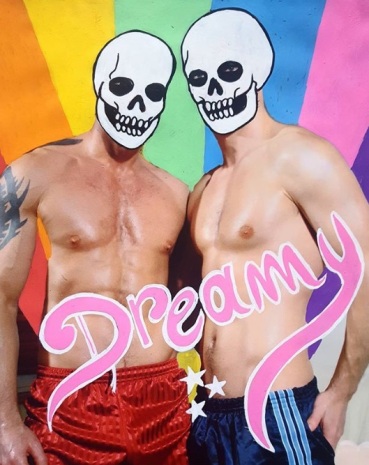 Soon after I started dealing with these themes, I decided to bring them to the street. I have had an interest in street art for quite a while but never dabbled in it until I realised that I could also do it myself and I didn’t have to necessarily use a spray can – paste ups are just as good a way to convey a message. This has somehow been growing and some two years after I started showing my work on the streets, I find myself being invited to participate in art shows and seeing my work shared frequently on social media. It’s very rewarding to share my art with others and that others enjoy it and benefit from this attempt to start a conversation around what is generally considered a less savoury subject. I believe that we live in an era where there isn’t enough challenging art out there, that speaks about life’s main challenges and this is something that I try to focus on.

Life hasn’t always been easy in the last few years but dealing with the death theme in my art has given it a new meaning and while I occasionally incorporate other themes into it, I believe it will always be one of the main subjects to be explored. It has helped me find my voice and finding some level of acceptance that otherwise would’ve been difficult to attain.

Originally Sara is from Lisbon, Portugal. She is a London based illustration and art aficionado, who love roaming the streets of East London, snapping street art for Instagram and stopping for cats along the way. To be happy, Sara needs to be creative so you’ll often spot her playing around with pens. 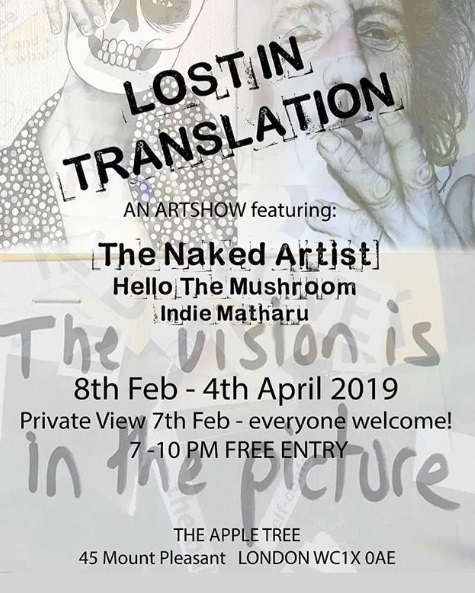 One thought on “Art is Not About Pretty Things”