I was only 18 when I lost my dad to suicide.

That same year I attempted to take my own life.

These were the most traumatic experiences of my life, and yet they opened my eyes to the mental health stigma, especially when it comes to suicide. Though I don’t believe it is anyone’s fault specifically when someone dies by suicide, I know that that in my dad’s case he was let down by the healthcare system.

After 3 years of battling my grief, depression and severe anxiety, I decided I wanted to make a change.

I wrote After Suicide because it gave me an outlet during unemployment. The process allowed me to share my experiences with others, in hope of helping those that have lost and aid in the wider understanding of suicide.

Though my book is emotional, I feel it holds hope and support for readers, almost like a friend.

Once my book was released I felt pretty happy.

Very quickly I was getting messages of encouragement from readers who felt it helped.

I felt like my message was being thrown at a brick wall.

I wanted to do more.

I had this idea in my head, what if I made an event that could get people talking, that could raise awareness of suicide and benefit my community as well as raise money for charity. I thought that if I went ahead and organised something and it went well, I could do it annually, making it bigger and bigger each year, reaching more communities and people throughout the world.

It is beautiful to see so many people challenging mental health stigma and raising suicide awareness but I still don’t feel the point is getting across.

My goal is to ensure that people receive treatment and support with both respect and dignity.

No one should ever be scared to seek help or find ways to get better.

Read my book here for free: 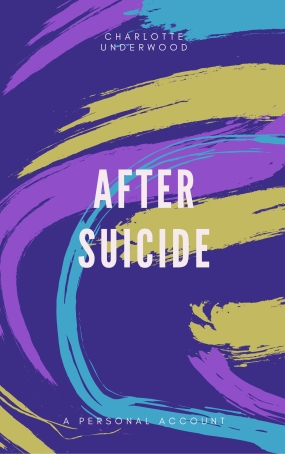 Charlotte Underwood lives in Norfolk, UK and is 21 Years old. During her lifelong battle with Generalised Anxiety Disorder and Depression she is unable to remember a time she felt ‘normal’ or like other people her age. After years of hiding her mental illness, Charlotte has learnt to embrace and use it to benefit others. She is doing all she can to raise mental health awareness, specificity depression, anxiety and suicide as they sit so close to her heart. Charlotte has a Blog and is on You Tube.

You can keep updated with her charity ball and donate here.

One thought on “After Suicide”